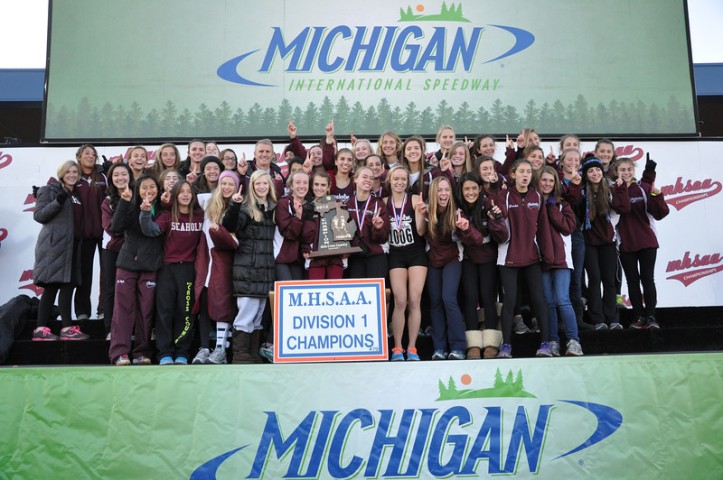 On Saturday November 3, in Brooklyn, Michigan, the Seaholm girl’s cross country team won the division one state championship for the first time in school history.

The team finished with a low score of 69 beating the two other cross country powerhouses Grosse Pointe South (88) and Saline (101).

The Maples were led by senior Aubrey Wilberding who placed fourth in the state with a time of 17:55.9.  Four other runners followed in the top 33.  Senior Tess Wilberding finished twelfth (18:16.4), freshman Marissa Dobry placed fifteenth (18:23.9), sophomores Rachel Dadamio (18:27.9) and Audrey Belf (18:32.8) finished twenty and thirty-three, respectively.

Check out our interview with Coach Devantier:  https://www.youtube.com/watch?feature=player_embedded&v=WhBAWfEpx20

Have a tip for The Highlander?